Wind is accepted as fact when it's being pushy, against something. It can go around, fierce as it wants to be, but if has no obstacles, it blunders forward as a nothingness. And what fun is that? 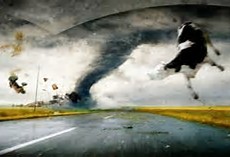 I'm watching wind effects while waiting in the car for my son. There is no evidence of wind in the trees, all is hushed and still with those green giants. But the clouds are moving at a good clip, all the way to the horizon.

On the ground, air currents go in waves. Starts and stops. Dips and doozies. Ebbs and flows. Flighty and imaginative, then thoughtful and shy. No apparent pattern or rhythm, not even a complicated algorithm to explain speed choice. I believe Chaos is it's middle name; if not, it should be.

But that's ground-bound breezes. Clouds have their own monotony: keep going.

Clouds with wind don't stop and hang out, chat, do a bit of zig and zagging, nothing fun. They are all about the business of getting to their destination. Don't they know they have no real destination? There is no place that a cloud has to get to. But they act like they are in a huge hurry, and do not have time to talk with the likes of us lesser beings on the ground.

Why the difference? Are the winds of earth and sky not connected? Is there a different set of nature standards for those things that are higher than humans?

I wonder about birds in the midst of this pandemonium. At what point in their upward flight do they go from the low-brow, creative fun of varietal winds, to the dullness of single cloud motion. I wonder if they have a preference. Would you have a preference if you were a bird?

Birds of prey must be in adoration of those lofty, consistent, uptown breezes. All they have to do is glide up to one, spread their wings, then sail along. With their long-range focused vision, they can hang out up there and wait for dinner to present itself. Sooner or later, some mouse, snake, or ferret is going to slink out and offer it's body to be a meal.

It's the more common, less impressive birds that dig the upheaval of changing-velocity winds: pigeons, doves, robins, sparrows and swallows. They are probably the ones who get more invitations to the really cool bird parties. They're the chirpers with swag.

The ambidextrous feathered friends are the ones into both levels: ravens, seagulls, turkey vultures. They're the crazy, can't be fully trusted in a crowd, bunch. You just never know which way they will go: all the way up, pie-in-the-sky high, or down in the drifts.

The truly odd ball, eccentric clowns, are the ones who only like to fly over waves: pelicans. Well, if you've ever seen one up close, this will already be obvious. Those things have this long, sharp thing on the end of their beak that looks like a dangerous, venom filled, slightly curved, fingernail. Creepy.

Which kind of bird would you choose to be? Think you could pick a bird, then defy your friends, and soar where they're afraid to go? Are you that wild? What about your partner? Post your answers in the comment box. 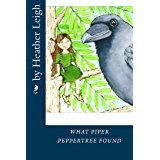 Think I will roll down the window, and feel a touch of wind on my cheek. Might as well mix in with what I am writing about. Seems rude not to.Heather Leigh, Leaning Toward Ground-Bound Winds
Posted by Heather Leigh at 4:47 PM No comments:

This morning I was entertained by an ant. He was circling around the lip of a saucer, dizzy with the scent of honey.

Background story: Years ago, we lived in Costa Rica. There are over one million highly intelligent ant species living there (perhaps I exaggerate, but not by much). But as smart as those black droids are, they cannot swim. When you have honey that you want to eat without the added ant protein, there is a human invention called a bowl and saucer.

So now, this honey-starved Scouter Ant is beaten down by his non-ability to swim. Imagine the poor little guy. He gets a whiff of the most enticing food known to his tribe, and is hyped to rush to the farm and show off his discovery. He is picturing himself in glory and fame. The others will be wiggling their three portioned body in envy. Perhaps even the Queen herself will give him an award. His name, Number One Million and Twenty-two, will be memorized by ant kids in antstory classes for decades.

Coasting the saucer lip, he is dizzy with imagined accolades. All he has to do is find a way in. The entrance must be on the other side of this curve, he is thinking. It can't be far now.

Switching to my viewpoint, I'm laughing at the poor creature. Yes, I am a vegetarian, sworn to avoid eating things with a face. But I am not above chuckling away at the confusion undergoing this woeful being. I have my dark side.

My giggling continues as I prepare the morning smoothie.

Sipping the cool blended fruit, I recall the 'bridge ants' of Costa Rica. The moat blocker trick didn't last more than an hour once these guys caught wind of the golden syrup. Using their bodies, they worked collectively to form a bridge from the saucer lip to the top of the bowl. Once constructed, fellow troopers marched across and grasped tiny balls of sticky stuff and raced back home.

See? I told you there were over a million types of ants in the Pura Vida country.

Luckily for those of us living with the less intelligent U.S. ants, there are no body bridges. You're free to use the saucer/bowl trick to protect your sweets.

We all love a good ant story. Kindly relate yours in the comment section at the end of this post.

In addition, pick up one of my books. Be the bridge of humor for a child. 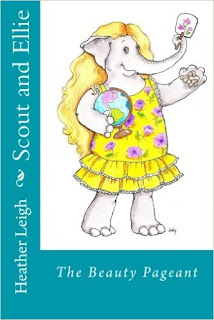 Heather Leigh,
Humorist with a dark ant side
Posted by Heather Leigh at 3:57 PM No comments: