Fishing With Alpacas And Turkeys 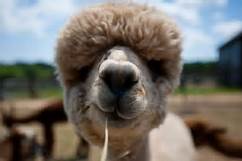 My son's beta fish, Tyler, has his own home gym. It consists of a plastic bubble attached to a round mirror, about an inch and a half in diameter. The bubble keeps the mirror from drifting down to the bottom of his bowl. If you know anything about gravity, you'll understand why the air filled bubble is necessary.

In case you aren't up on beta fish lore, they don't know the difference between another real fish, and their image. We don't need to call them stupid. 'Not the swiftest swimmer in the bowl' works, without any animal cruelty in this post. When confronted with a mirrored image of themselves, the reaction is one normally reserved for a true threat on their territory.

Our last beta would flare her gorgeous rainbow hued, flowing fins at her rival. She would head butt the mirror with savage thrusts. Not only did this provide us sick-o fish owners with joyful amusement, she got exercise, released endorphins, and had a daily adventure. This was so intense for her, that she was only allowed five minutes at a time with the horrifying reflection.

But Tyler, well, he's been not so great for us to gawk at. He just swims away and refuses to face his enemy. I won't use the word wimp here. Bravery-challenged is more politically correct. Fish are sensitive, after all.

At the farm behind our house, we have been thrilled with the arrival of four young alpacas. They have the 'Beatles from the 1960's hairstyles. If I wasn't so stunned with their sudden appearance, I would have thought to holler at them to get a haircut. How can they bloody well see with all that fur in their eyes?

Our dog, Daisy, ran along their fence. The alpacas (is it too soon to name them George, Paul, John and Ringo?) were already unsettled from their landing in a new home. Now, they were encountering their first St. Bermastiff. Confused looks abounded. They knew it was not an alpaca, not part of the long neck pack. So what was it, covered in tan fur, long tail, and way too much energy? Such a long strange trip that day had held for them.

When I went back to say hello to them yesterday, the alpacas had gotten over their initial disorientation. Heads lowered, all four were chewing grass. It felt a wee bit discombobulating to me, though. All the other grass eaters have normal length necks. Alpacas have the look of goofy royalty--not a creature that spends it's day doing regular farm animal stuff. It was a week of expanding horizons for all of us.

In the excitement of the alpacas, I forgot the turkey incident. Another new arrival, a few days before Christmas, was a dozen turkeys. Although they are not expert pilots, turkeys can awkwardly flap up onto a four foot high fence. One brave turkey made it to the top of his enclosure, and then kept going to the other side. Free at last!

Daisy was so excited, she raced over to give a little nip on turkey feathers. Thankfully, she is a well trained dog, and backed off as soon as I told her to stop. The turkey gobbled displeasure at us. Daisy and I decided it was a good time to slink away. Pissed off turkeys are not fun to deal with.

I have no idea what could have happened to those turkeys, but when we returned the day after Christmas, they were gone. I'm as perplexed as you must be.

Hope you are enjoying as much entertainment this holiday season as I have been with my animal encounters. If you own a beta, be sure to buy the exercise apparatus at your local pet store. Happy New Years!


Resolving to include more entertainment and laughter in the new year?
Check out this romantic comedy; 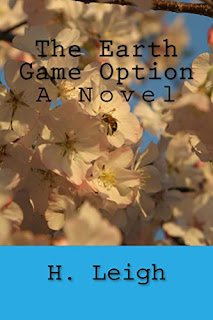 Heather Leigh,
Easily entertained by other creatures
Posted by Heather Leigh at 1:44 PM No comments:

The Joy of Junk 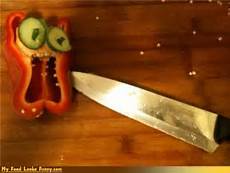 What is wrong with my family? In high school, I existed just fine on Coca-Cola and Doritos, Twinkies for dessert. Where did my path veer away from the good tastes in life?

I blame the beginning of my dietary demise on the Diet For A New America video. Filled with horrific images of the factory farming realities of our dinner, I put down my steak knife and picked up the tofu. After that, the vicious cycle was relentless.

Back in the early 1800's, when I went to college, I became a vegetarian. Okay, maybe it was the early 1990's, but if you ask my teenagers they will easily tell you that I come from an era unheard of in their circle. Anyway, back then a salad consisted of ice berg lettuce, oily or creamy dressing, and bacon bits. I was constantly told that there was no meat on the salad, only to wipe off the crispy fried pig pieces when the salad was given to me. And, if I didn't want to starve at a friend's house, this was my meal.

I got great questions, too: "If you had nothing left to eat in the world, would you eat a steak?"
I was always polite, never saying what I was tempted: "If there was nothing left, I would eat you. Starting with that pudgy tummy. Mmmm."

These flowed into the guilt trodden years. People were cutting back on beef and pork. Then the reaction to learning of my nothing with a face diet became, "oh, I hardly ever eat meat anymore." This is when we were figuring out that animal products with every meal were not exactly what a healthy heart requires to keep beating. But rather than eating with more health in mind for themselves, the lessening of meat was intertwined with guilt. And it was as though my vegetarianism was a sling of mud in their face. That they owed me a personal apology.

This decade has gotten to be so healthy, we're borderline smug and self-righteous about how we spend our food budget bucks. Non-GMO, gluten-free, high fructose corn syrup, palm oil, and so-called natural sweeteners. We even debate cage-free over pasture-raised. Locally grown over organic. We've upped the ante, raised the bar, on every aspect of our grocery list. Then sneak over to MickeyD's on the lunch break and wolf down the Big Mac, hiding in the back of a tinted-window, hybrid SUV. If the neighbors catch you, all hope of your healthy liver cleanse will never save you from their ridicules and judgments.

This blog posting of food has got me dreaming of dessert, I'm thinking about some gluten-free, organic, non-GMO, chocolate rice cereal. With, of course, organic almond milk. But then, the organic sweeteners may not be good for my digestive system just before bedtime. Better to go with some pure, filtered water infused with fresh cucumber slices, to fill by belly.

Or maybe I should just say screw it all and sneak up to the store and buy Twinkies and chocolate syrup. What would you do?

While you are deciding which dietary path to continue on, read this wholesome, wonderful book about getting the very best from massage. Because massage is both incredibly healthy, and feels better than any junk food you could possibly ever devour.


Wolfing down the best massage you will ever get. 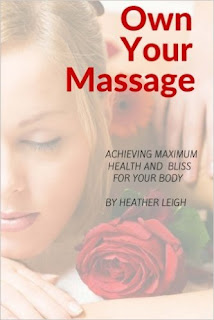 Heather Leigh,
One of those health nut eaters who also writes awesome books

Posted by Heather Leigh at 12:32 PM No comments: